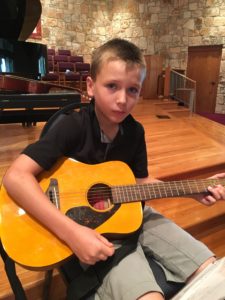 O.k., so your kid has shown interest in learning an instrument and wants to try out guitar lessons.  This is a reasonable choice.  Guitar playing is cool.  It’s all over the Internet and television.  Almost every music group makes use of it, and you can sing and play most all of your favorite songs after achieving just an intermediate level of competency.  It’s also portable, easy to transport to and from jam sessions with friends and family.  As a parent you should know that most importantly, once the basics skills of this instrument have been mastered, playing the guitar will continue to reward your child for the rest of his/her life.

It’s true, group lessons are cheaper.  It is also the least significant attribute of group lessons, which is why it only comes in at number ten.

You ever wonder why marching band is more popular than orchestra in high school?  Nope, It’s not the quality of the music.  Nope, it’s not that band is easier or more challenging.  Yes, that’s right, it is because marching band is just as much a social activity as it is an academic one.  Members of the marching band bond like no other ensemble, they hang out with each other, they learn from each other, they compete with each other, and they even date each other.  Everyday they go to class, they know where they stand musically by comparing themselves to others in the group.  The social aspect of marching band is more than enough to push a kid to continue to be a part of it.  By the time they are graduating seniors, they have developed into competent young musicians with refined skills.  Group guitar works in the same way.  Kids like being around kids.  They will want to continue lessons just for the simple fact that everyone else is doing it and it’s fun.  It’s more than just doing what the teacher says and being successful technically.  It’s sharing an experience with others and meeting new people.

There is more than one reason to put a child in an after school activity.  I met one of my best friends while taking tennis lessons one summer.  We realized that we were both into music and the rest is history.  Even though I didn’t pursue the sport much at all, it was definitely worth my parents tuition for the classes.

Young students, children, with short attention spans and insecurities about their own abilities, can use the presence of other children in the group as a reference point, as well as a buffer from the scrutinizing gaze of the instructor.  It’s hard to sit there one on one with an adult and have to perform every request for 30 to 45 minutes.  With other students in the lesson, the children are able to get a breather.  Left alone for a moment, they will be able to re-group and gather their thoughts.  Over all, other kids in the same situation make the experience much less stressful.

6.  They Can Play Music Games

Hooray! Music Games!  You really can’t play games if it’s just you and the know-it-all instructor.  With other kids you could play, well, let me name a few games you could play:  Pass the chord, find the note, name the string, sing the sound, keep the beat, pin the note, name the chord, copy the rhythm, guess the tune, trade guitars, trick your friend, whatever.  The list can go on and on.  If those fun games aren’t enough of a reason for your child to beg you to be on time for lessons, then nothing will be.

5.  Reading Music Will Be More Interesting

Now, most beginning classical guitar pieces can be very dry and boring.  The thing is, you have to keep things simple in order for the young student to develop reading skills.  Now, some kids will have no problem playing short four measure phrases week after week, memorizing the notes and fingerings in first position, then maybe the same in fifth position.  But, if you’re sane, you will start to get bored and begin to dread these tedious, unmusical operations.    But wait, what if these simple little melodies, or counter-melodies, are part of a greater whole.  What if they’re part of a larger arrangement that is indeed musically rewarding to listen to.  Even better, what if the quicker learners were assigned certain parts and the slower learners were assigned certain parts, and together they worked as a team to produce a beautiful piece of music that would be wonderful to hear at a recital? That’s what one can do in group lessons.

This is a big one.  Kids who play in ensembles tend to learn how to conform their inner sense of pulse to an external beat quicker.  They must constantly monitor there own playing in relation to an external pulse and adjust their tempo accordingly.  In group lessons, they are listening and becoming aware of what is going on around them.

All students of music must sing.  Let me repeat that.  All students of music must sing. There is only one problem, most kids are self-conscious and shy when it comes to singing.  How do you solve this?  Put them in group lessons, where everybody in the lesson can also form one big choir.  That’s how it works.  Your child notices that the kid to the left is singing, and then notices that the kid to the right is singing, now he/she will sing…and enjoy it.  Half the experience of playing the guitar is singing while you play.  I mean, how do you play your favorite song from the radio if you aren’t gonna sing it?  You get this habit started in a group setting, build the confidence, and then transfer it to solo singing.  I’ve done it a million times.

Let’s face it.  All kids who progress at guitar are going to at some point want to form a band.  It is one of the best ways to enjoy your new skills.  This need usually occurs in middle school, which is approximately the same time when many kids drop music lessons altogether because they get bored and would rather be doing something else.  But if they form a band, well then there’s a reason to keep going, to learn more, to push yourself.  The first person these young rock stars will ask to join their band will most likely be someone from their group lessons.  That is assuming that you don’t let them put an add on craigslist.

It’s a strange phenomenon.  Children can learn by osmosis.  I’ve witnessed this happen several times.  You can explain a concept to a child till your blue in the face or do countless demonstrations to no avail.  But, as soon as they observe another kid doing it, presto, somehow they can do it. 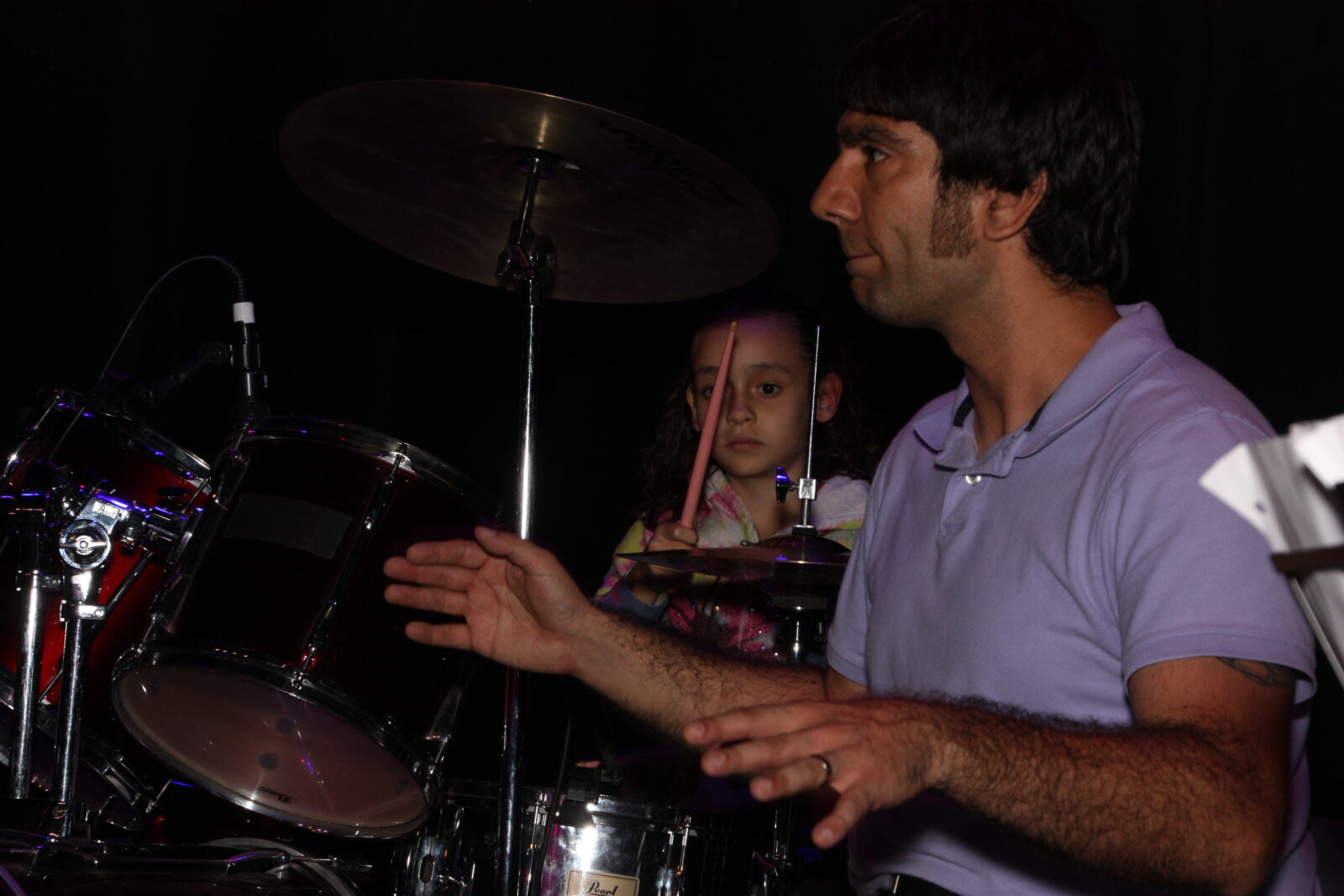 Few people are naturals at performing on stage without feeling nervous. Trust me, I get the whole sweaty palms and hot flash […] 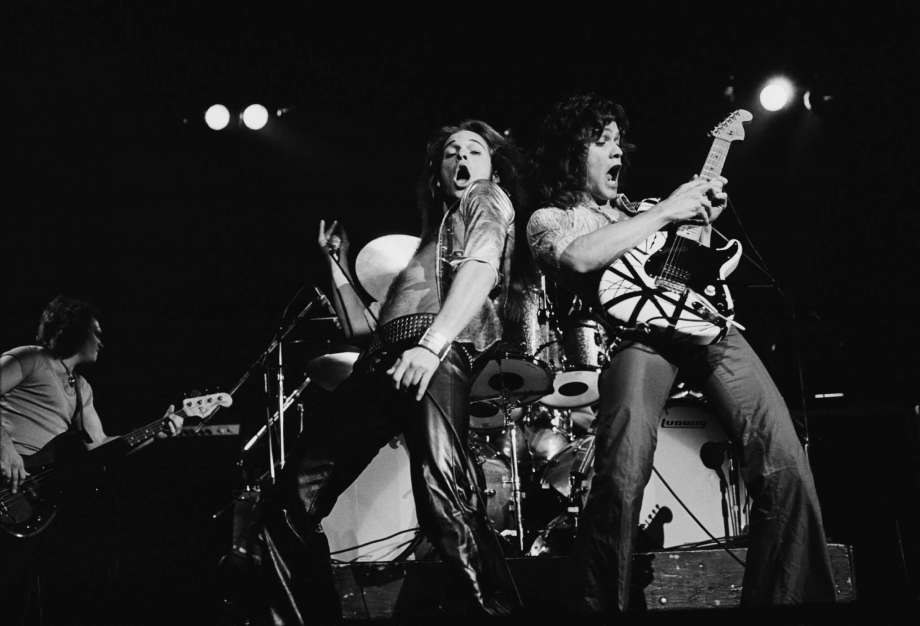 A curious order of events I had a bit of an odd musical journey.  Most kids go from Fur Elise to Eruption; […] 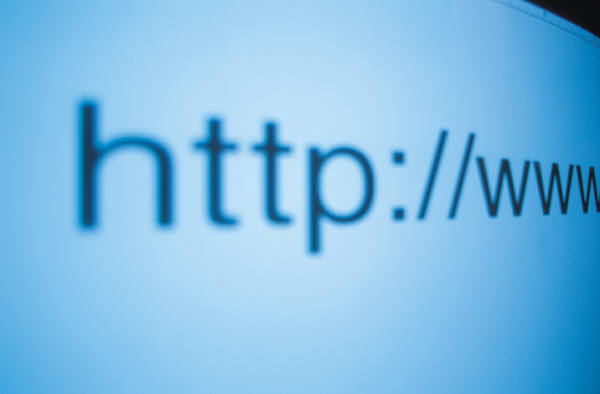 Investing in music lessons for your child might seem very overwhelming. All the few dozen schools available in town, all promise […] 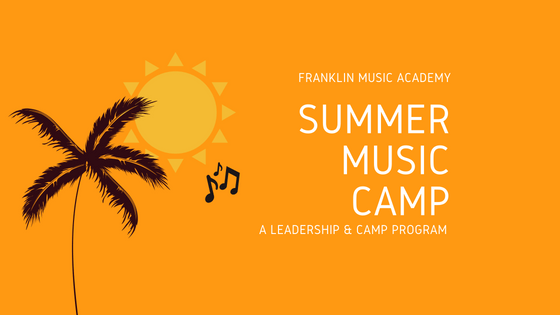